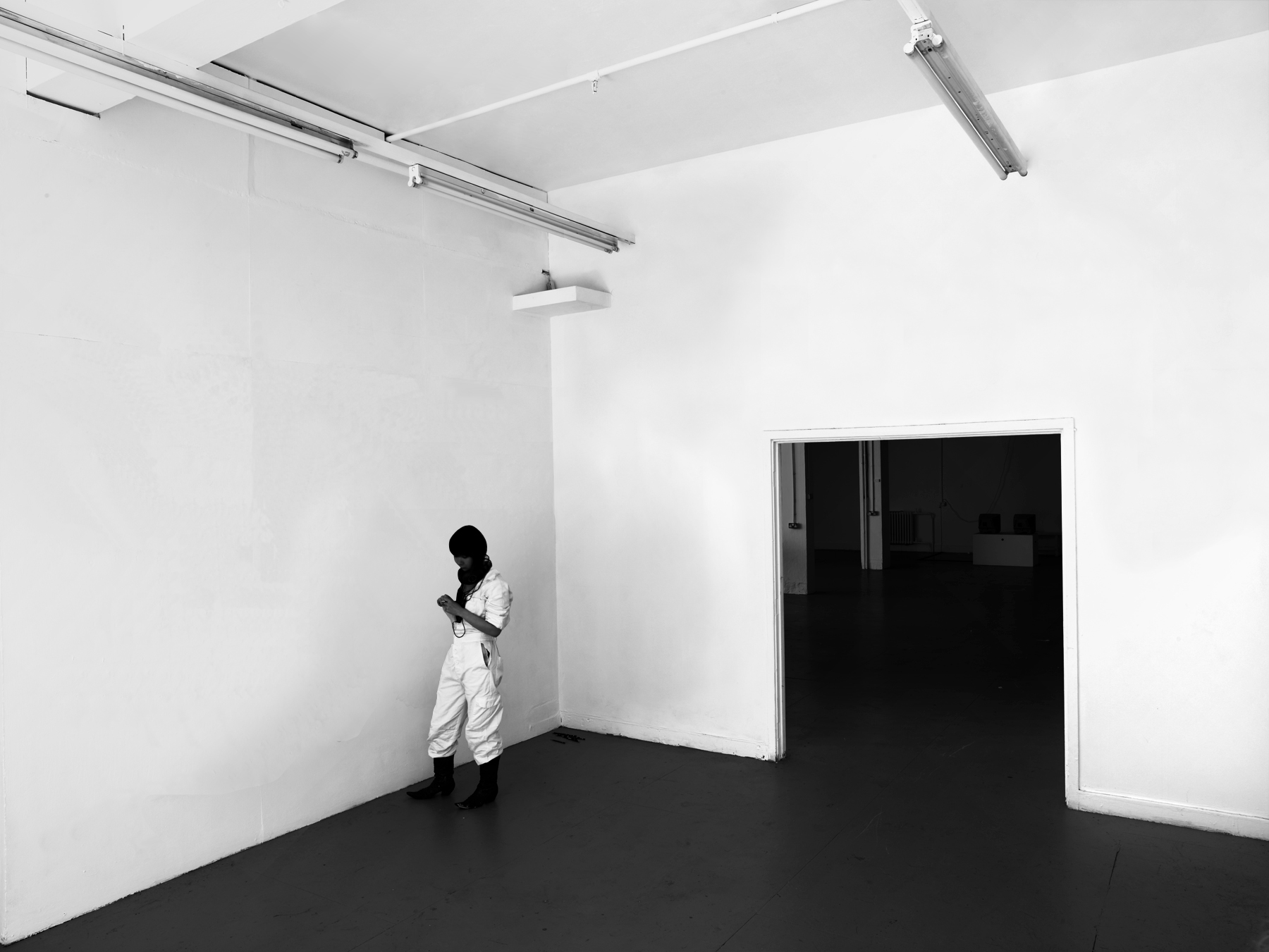 “Affirming that the Universe resembles nothing”*, The No Titled Drawing Project appears on parts of architecture, and will disappear from the place to return to the nothing, following the fate of the Universe.

No Titled Drawing Project (formerly ‘Untitled Drawing Project’ ) is a large-scale time-based performance centred around the creation of  drawing. The drawing produced during the lifetime of the architecture or exhibition period will at its end disappear in front of audience, as if following to the fate of the Universe. It will grow, be improvised, and transform over the duration of its production working with the architectural form of site as a performance. The activity resembles unlimited potential of being and the nothingness that I am calling as a ‘formless Universe’.

The performance delivers a cycle of images to induce the viewer into a state of inclusion. As the performance unfolds the viewer becomes a part of the improvised aspect of the performance where the architecture of the exhibition space becomes as important as the proximity of the viewer in the way the work reveals itself. It is the attempt to give the space and certain time to the people to stop to face on themselves and think who we really are, where we really go, and what we really pursue through conversation with art.

The drawing project situates itself in the boundary between public and personal space.

Drawing is intuitive. It is a visual language based on shared and individual experience. It’s beyond all racial, cultural, gender, religious discriminations. Because of these reasons, it’s hard to misinterpret — it’s purely devoted to represent one’s imagination. In this drawing projects, audiences can join and experience the process of making.

I, Momoko Suzuki is a multidisciplinary artist working based on performance, drawing, film, and installation.

Born in Kanagawa, Japan in 1982, I graduated from Central Saint Martins College of Art and Design, University of the Arts London in 2009. Recipient of early-career exhibition opportunities such as the prestigious annual Future Map 09, hosted by the internationally renowned Zabludowicsz Collection, London. Significant commissions include a large-scale work produced on-site over a 3-month period at Saitama Triennale 2016, a new and expanding international art festival in Japan. The commissioned work received national coverage both print, online and broadcast media with over the 36million people visiting the festival.

While working on my individual art projects, I was working in leading network and technology companies from 2015 to 2019 such as Cisco Systems and others. Through such, I was thinking about how we can make a bridge between humanity and technology; to bridge both my ideas and performative-based approach, to those related to technology and human relationships that reveal issues in contemporary notions of society and environment.

This ongoing discussion with the technology industry has become a potential tenant of my practice. The mission of the technology development is close to our humanity and nature as possible as it can be. At the same time, operationally it must move beyond human abilities to ensure reduction in cost and improvement in production efficiency. Because of these reasons, AI and other technologies are currently highly developed. Ironically we are afraid of how technology invades our lives and how to protect our identities in the future. This situation makes it ever more important for people to consider value to locate/map/consider deeply who we really are, where we truly journey, and what we really pursue/desire for now/future generations and the physical environment. This is the underlying theme of my art ; the project is performative, working through physical expression, centred around the production of a large scale durational drawing and others (in this website, I’m mainly showing drawing work). The development of a representational form of that which does not seemingly physically exist in the end, that being exist as an another form. This project will be represent a performance, likewise an ‘orchestra’, which depicts lightness and darkness, love and death, and pleasure and pains of people’s lives. My works are durational, site-specific and participatory all important aspects of my work.

Taking as its starting point, Battaille’s formulation of the inform, and exploring the possibility of a contemporary interpretation of the (formless); Suzuki builds ongoing series of highly ritualised, site-specific, performative works, where the very medium of the work’s production is reduced to the absolute minimum, but where the scale and sheer ambition of the endeavour is undertaken at an architectural scale.

Suzuki’s work, the ongoing No-titled Drawing Project, is an encounter with her talent for creating accomplished and ambitious site-specific works. During her performances, Suzuki produces large-scale, time-based work drawn directly onto walls, transforming each to the architecture in which they are created. Exploring formlessness and repetitive action, a visual record of her interpretation and stages of discovery throughout the works development, the entire production process, and resulting work will be visible to the public only to then disappear at the close of the performance, under the white surface that forms the very fabric of the space. Here impermanence, and the questioning of the positing of singular permanent artwork being central tenants of the questions raised through her practice.